Celebrating the talents of young engineers 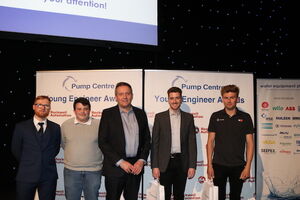 Last month, on the eve of the Water Equipment Show, we presented The Young Engineer Awards, which are given to promising young engineers who have demonstrated real insight and innovation through their work and early careers.

For many years the Pump Centre has encouraged and supported the development of young engineers in the UK, and these awards are just one way in which we recognise this achievement. This year we presented awards in the following categories:

This year the winner of the Professional Young Engineer Award was Micheal Byram, Design Engineer at Gilkes. Michael was selected for a degree sponsorship after his apprenticeship and was awarded a honours degree in mechanical engineering after a 3 year part time course at The University of Bolton. Since graduating he has completed several major projects including a major project on the Modal Analysis of Centrifugal Impellers.

This year, the winner of the Apprentice Young Engineer was George Ford, Apprentice Mechanical Field Service Engineer at United Utilities. Alongside fantastic achievements in his company, he showed impressive work in his college projects. As part of his apprenticeship, he was asked to design and produce a useful tool or product for his workplace- which was identified by his college as the best engineering project they have seen.

This year we also presented a Young Engineer with a Derek Jackson special achievement award, which was given to Chris Whitton from Anglian Water in recognition of his work with Pilgrim Hospital in Boston. Outside of work, Chris re-builds car engines to race in the British Championship, not only for himself, but also for customers.

All winners were presented with their award, alongside prizes including a £250 gift voucher, and a one-day Pump Centre training course worth up to £450.

We’d like to thank and congratulate all of our Young Engineers nominated for this year’s awards, we wish you all the very best in your future careers.

Do you know someone worthy of a young engineering award? Nominations are open 1st July until the 30th November 2022 and are open to Pump Centre member companies and non-member companies with whom we work closely. 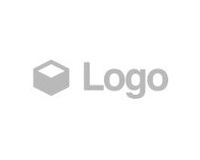